Multiply your throughput and productivity

Mount multiple New Scale Robotics (NSR) tools on a single Universal Robots (UR) collaborative robot with the NSR-MTM-3-URe Multi-Tool Mount (MTM) System. Control up to three NSR tools as easily as one, to multiply throughput and productivity.

Mount the MTM hardware to the robot arm with four screws and one cable. Add tools to the MTM tool using the same standard interface. Change tools as needed.

See how the NSR-MTM-3-URe multi-tool mount and NSR Devices software let you easily control three of our newest NSR-PG-10-20-URe precision grippers to make precision measurements in this automated inspection application. 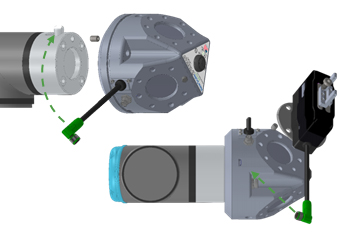 Teach or program in minutes

The NEW NSR Devices software installs on the UR teach pendant. Add devices and set speed, force, targets and other parameters with a few clicks in the interface. Use the integrated Freedrive button for one-handed positioning to teach and set positions.

Control up to three New Scale Robotics
tools in one user interface. 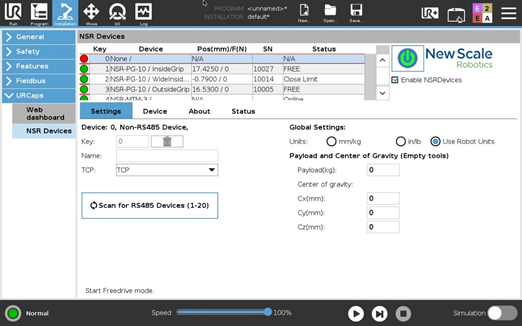 NSR Devices automatically builds gripper/caliper processes based on your settings – no need to manually insert multiple program nodes. Other smart features include dynamic adjustment of center of gravity depending on mass of object picked. 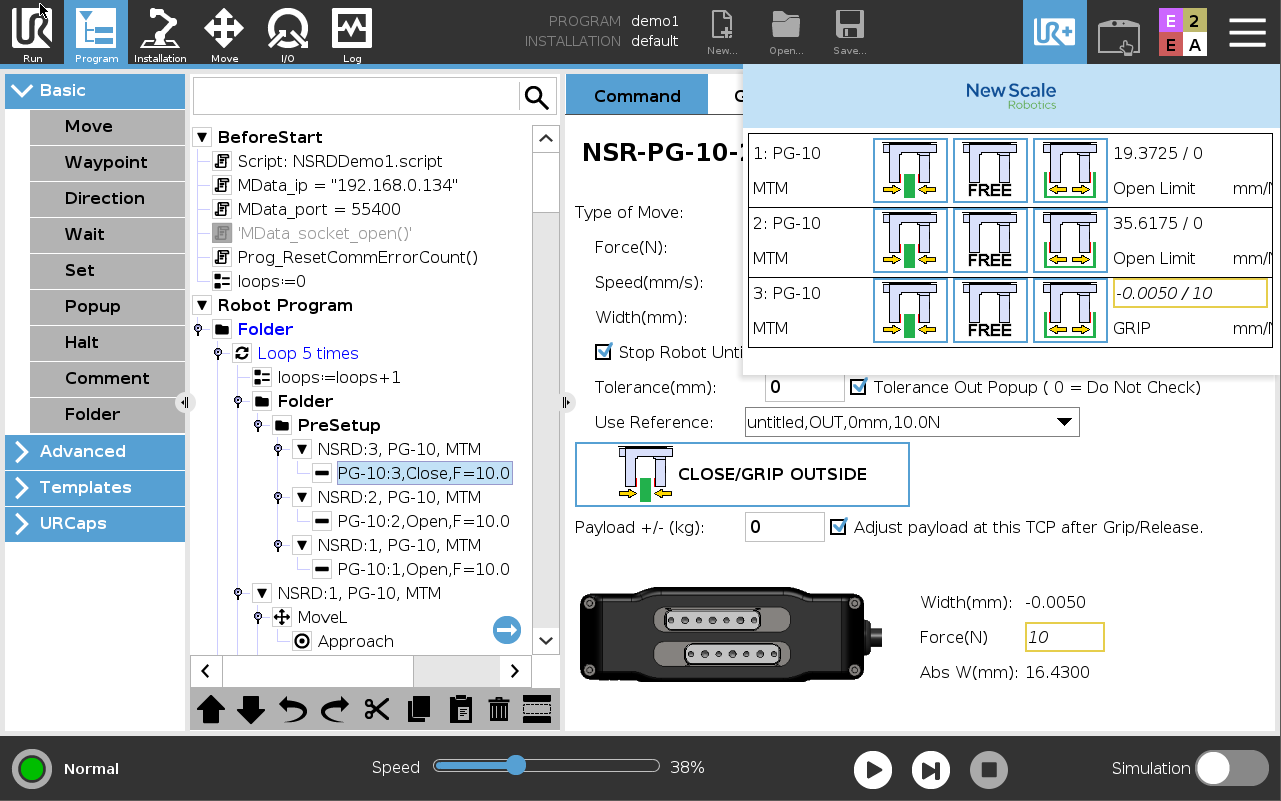 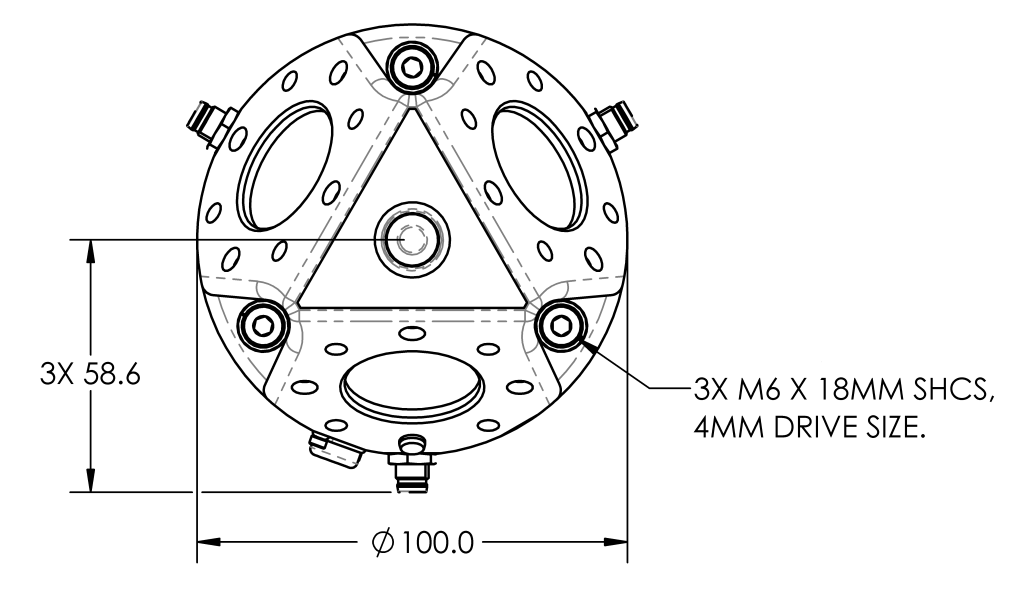 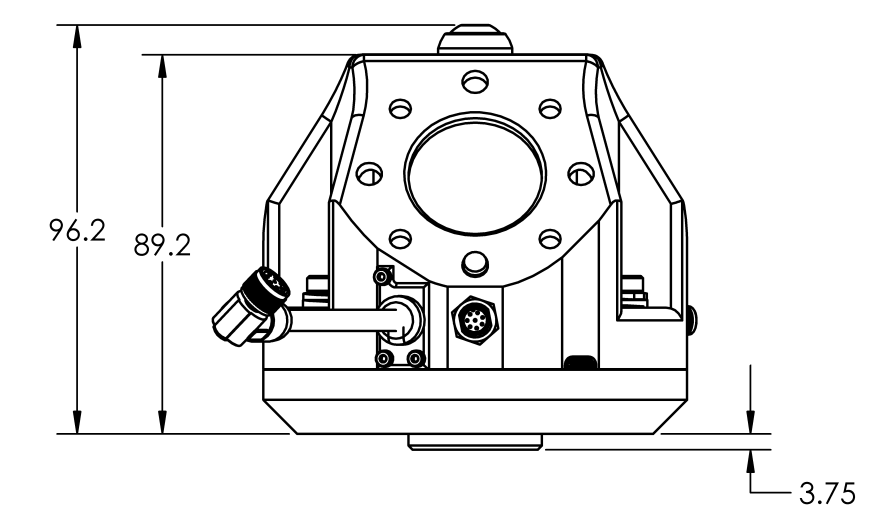 Part of a Q-Span System

The MTM Multi-Tool Mount is available as part of a Q-Span Automated Small-Part Measurement System. These complete QC solutions let you automatically pick small parts, measure multiple features on each, sort/place the parts based on any measured dimension, and record all measured data to a PC for statistical analysis. 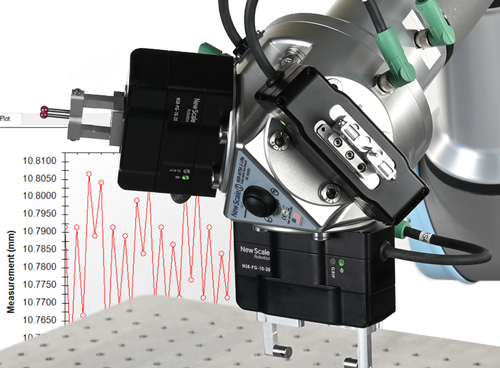 See how the MTM System is part of a complete solution for automated small-part measurement.

Contact us with your technical questions or buy direct from the factory in New York.