A Q-Span Workstation uses cobot grippers to automatically pick parts from “parts-in” trays and place them into appropriate “parts-out” trays after measuring them. Here are five key points to keep in mind with respect to part tray design.

A Q-Span Workstation uses cobot grippers to automatically pick parts from “parts-in” trays and place them into appropriate “parts-out” trays after measuring them. The parts-in trays ensure that parts are presented to the robot gripper from an array of consistent positions. This allows the robot program to move the arm and gripper to pick parts from expected locations on the workstation table. The parts-out trays allow for convenient part handling and processing of parts after they are measured and sorted.

In high-mix manufacturing, a Q-Span Workstation is usually used to measure many different parts in a month, week, or even a day. For example, a medical device manufacturer may inspect a small batch of several hundred lens holders in the morning, and then move on to inspecting a batch of housings or other components in the afternoon. Trays designed for each different type of part ensure that the robot and the gripper fingers can smoothly pick and place each part, without missing or dropping them.

The Q-Span Workstation is designed for fast change-over between different types of parts. This includes the ability to quickly position the parts-in and parts-out trays on the workstation table in the location referenced by the robot program.

Manufacturing facilities often have standard or customized trays already in use, to transport parts through the steps of production. These trays can normally be used with a Q-Span Workstation, as well: Simply move populated trays from a production step to the Q-Span System worktable, and begin inspection.

Designing parts-in and parts-out trays for each part is not difficult, but there are five key points to keep in mind. These include:

1. How will you consistently locate and orient the tray for the robot arm? The Q-Span Workstation table facilitates this.

2. What cavity shape and clearance do you need for part gripping? The gripper/calipers in the Q-Span System are small, supporting relatively close-spaced cavities and high density of parts in the trays, minimizing the need for an operator to change trays.

3. What tray stacking features do you want?

4. What material should you use?

5. What suppliers can provide assistance with tray design and production?

For more information, check this article from Engineered Components & Packaging on Custom Automation Trays for Robotics or contact us for assistance with tray design for Q-Span Workstations. 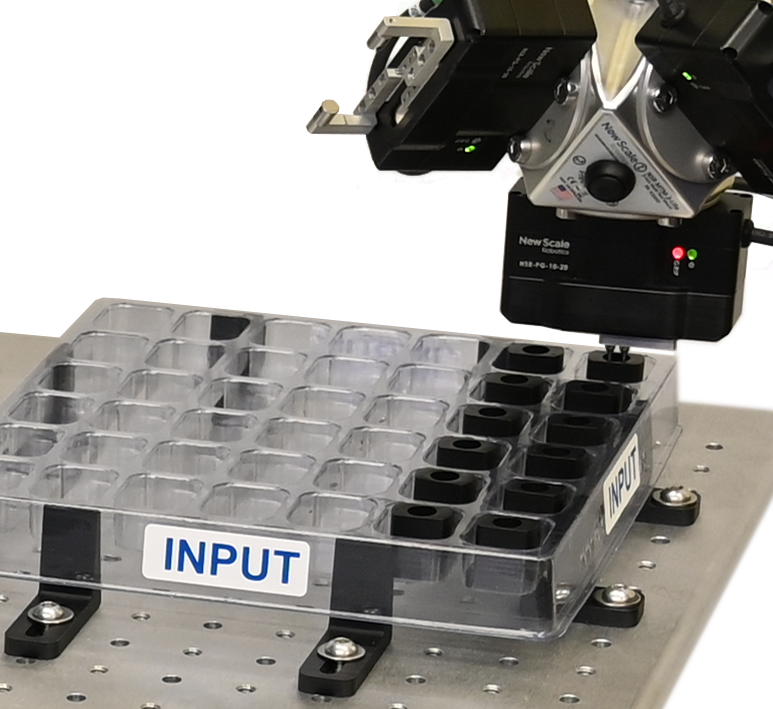 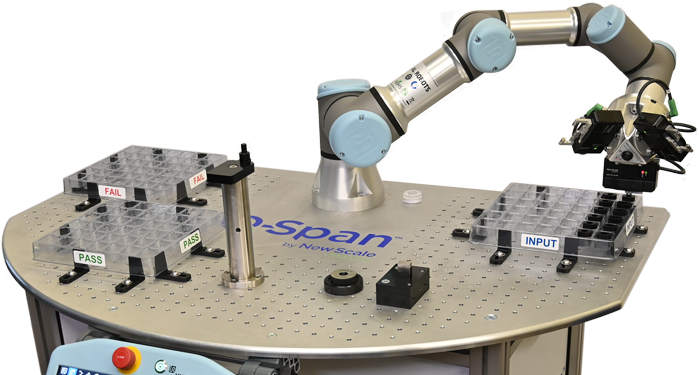 A Q-Span Workstation Kit includes parts-in and parts-out (pass/fail) trays for the example parts that ship with the kit. Workstation kit users can then have custom part trays made for their own parts.