New Scale Robotics CEO David Henderson spoke with Jim Beretta, host of the new Robot Nation podcast, about the development of the Q-Span System and how it is changing the game for QC measurement inspection in small-batch, high-mix manufacturing.

The new Robot Nation podcast is produced in association with the Association for Advancing Automation. In this episode, host Jim Beretta interviews Dave Henderson, founder and CEO of New Scale Technology and New Scale Robotics, who is providing smart automation solutions for measurement tasks in high-mix, small-batch manufacturing.

Listen to the podcast on Robot Nation

New Scale Technology was founded in 2002, building small high precision piezo motors to provide embedded motion for cameras in smartphones. In 2012, the focus changed to the medical, aerospace and defense applications and by 2017, Henderson and his team began to develop plug-and-play grippers and robotic calipers for the Universal Robot (UR), launching the New Scale Robotics division.

In 2019 they launched a mounting system to mount and control up to three grippers or robotic calipers on one robot to maximize measurement capability, and focused on automating measurement of small parts. This led to the introduction of the Q-Span™ Workstation.

Manual measurements with a digital calipers require a skilled technician. Differences in how the instrument is held, how much pressure is exerted, which tips and locations are used can produce variability in measurements, which could result in good parts being rejected or bad parts being shipped to customers.

“Variability of measurement can be caused by something as simple as fatigue, dexterity or distraction. We can automate the process, improve process quality and increase staff productivity and decrease measurement errors,” Henderson said.

Mechatronics are the heart of the Q-Span System, where the motor, mechanism, bearings, sensors, drive electronics, microprocessor and embedded firmware are all incorporated into the gripper/caliper. With a UR3c collaborative robot, this unique tool and software enables “pick, measure, record and sort” functions. The unit is designed to fit into an average Quality Control lab setting. It can also be placed on the factory floor with little modification required.

The software is loaded onto the UR teach pendant. Unlike industrial robots, which require a high level of embedded knowledge, collaborative robots are intuitive and easy to use, based on the “teach rather than program” premise.

“If an operator can use the apps on a smartphone, they can operate a cobot,” said Henderson.

Customers can purchase a DIY workstation kit (product sheet PDF), consisting of up to three gripper/calipers, zero reference artifacts, sample parts and trays, and the software including sample programs directly from New Scale Robotics or their distributors. The customer’s in-house automation team installs the kit on a UR3e robot and can customize the setup for their needs.

“Q-Span technology is built on open architecture, which allows individuals to write and load custom software designed for their operation. This idea is still relatively new in the industry and sets our product apart,” said Henderson.

A typical Q-Span System installation can provide a ROI in less than 10 months. 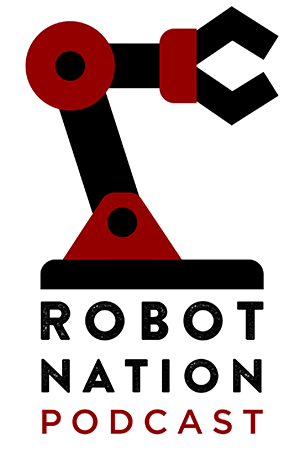 Listen to the full interview at robotnation.ca